This page displays a variety of wing tags to better familiarize you with the ways in which fonts, colors, and patterns can appear in photos. We have tried to gather examples from many different lighting conditions and angles, including photos that volunteers indicated were confusing on the Talk pages. We will continue to add to this gallery as volunteers comment on photos.

Below are the most common wing tag colors you will see. On the bottom of the black tags, you can see the dots referred to on the classification page. For individuals that wear dotted tags, the number of dots indicates the hundreds digit of their ID number. Most of the dotted tags are black with white numbers.

Black tags are very common. They always have white numbers. They sometimes have dots or underlines. Only black tags have underlines.

Some examples of black tags are: 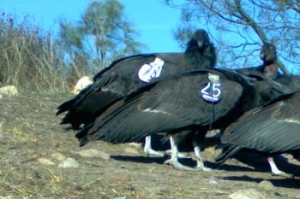 Red tags are common. They always have white numbers (this can be useful for distinguishing red tags from orange tags). A few red tags have dots.

Some examples of red tags are:

Another view of Red7

Orange tags are uncommon. They always have black numbers, and none has dots. They were only used at the Southern California release sites (we will do a future blog post on the different release sites and you will likely start to recognize each locale in photos).

The only orange wing tag numbers are:

Here are some examples:

White tags are common. They always have black numbers. In 2008, a few white tags had dots.

Some examples of white tags are: 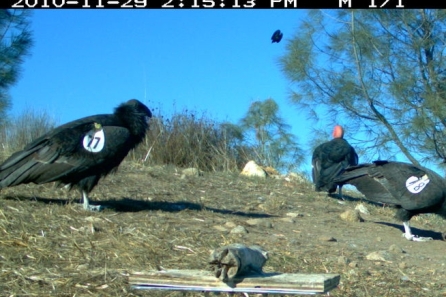 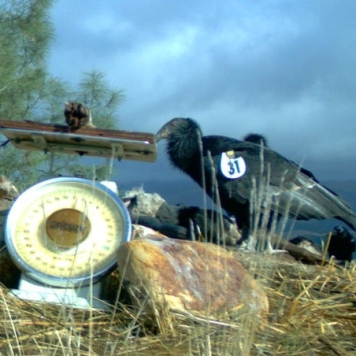 Yellow tags are common. They always have black numbers. In 2006-2008, a few yellow tags had dots.

Some examples of yellow tags are: 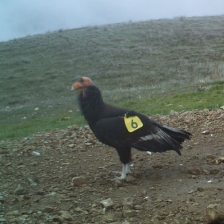 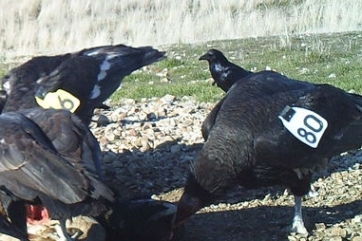 Green tags are extremely uncommon. In fact, for the dates of our photos, green only appeared in 2008 and only on one condor: condor 156. Her green tag had a 56 on it with 1 dot. Let us know if you see this tag and we will add it here!

Blue tags are somewhat uncommon. They are a bit confusing because they can have black or white numbers. In 2008, one blue tag had a dot (61).

The only blue wing tag numbers are:

Here are some examples of blue tags:

Great example of the 2 different blue colors you might see: Blue28 on the far left and Blue96 on the far right (also visible are Purple4, Black60, and White80)

Bird on left has purple tag. Bird on right has blue tag

Purple tags are somewhat uncommon. They always have white numbers, and none has dots. They only appear on in 2012 and 2013 photos.

The only purple wing tag numbers are:

Here are some examples of purple tags: 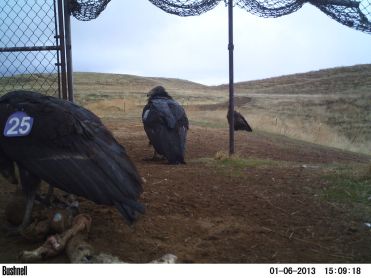 A wide range of wing tag colors can be seen in this photo:

Finally, there are a very few oddball tags that don’t fit the normal pattern. One is the tag worn by 514 during part of 2010, which reads A4, but can look very much like 44 at certain angles. Here are some examples: 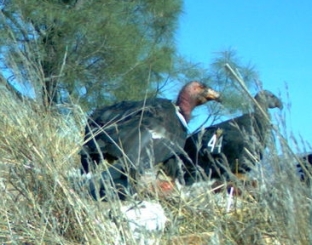 72 responses to “Gallery of Wing Tags”